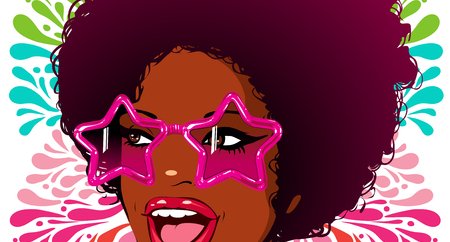 The call from my brother was upbeat. “Hey bro, are you doing anything next weekend? How would you like to work the Grammies?” Of course I said yes, and that’s how the whole things started.

The job was simple, We would each be assigned a Grammy artist to escort. We would go over the script with them, where they were seated, and then come get them if they were performing/presenting/accepting. When their gig was done we’d escort them back to their seats.

And the winner was, for the skinny kid from Colorado: Rick James’ entire band. I believe my mouth dropped, as this was taking care of probably 6-8 people at the same time.  Word was out that Rick could be troublesome, and was obstinate at the last awards show. “Thank God I didn’t have Rick”, I thought to myself.

Short lived euphoria. I was then told my our coordinator I was to take care of Rick as well. “Oh oh” said my gut. Reluctantly I moved into position at the limo receiving area to await his arrival. He was decked out and wore huge sunglasses. I walked up to him and said” Hi Mr. James. I’ll be your coordinator for the show, as well as the band”.

He kept walking right past me, into the auditorium. Wow. That was a special start. Once he and the band were all settled, I realized I had to get to it, and nervously cleared my throat. As I began to go over instructions for the band, he shouted “Hey you…..no one talks to my band without me”.

What I heard in my mind was “You are a loser nerd worthless nothing” . So I said, gulping: “Ok, Mr James , I was just trying to go over instructions for the band. No problem” …I cleared my throat and began again. I began shaking. and my voice had retroactively gone back to pre-puberty.

I came to instructions about their performance on stage before the nomination for Best Song “ Super Freak”.

His reaction was swift. “ IF we win? IF we win, MF?” followed by laughter and a stare-down. Believe me, I had this amazing verbal eloquent response worked out in my head. Doing the courageous thing as a 23 year old, I walked out and gave up.

I had allowed my fears to overcome me, and had given up my power. Because he was a celebrity, I didn’t value who I was. I had superfreaked myself out to where it was a zero sum game. In looking back, there were so many things I wished I had said and done differently. This experience drove a desire in me to do better, and to never repeat it again.

I have since learned as a leader how to diffuse conflict, to engage or disengage where necessary, and to find common ground.  I have learned to go where people are, to listen not just to their words, but so so with emotional intelligence and context.

My personal learning was having self-respect, and there was power in not being apologetic ,but being authentic. I was there to help him, and I should have stood my ground in a way that moved us forward. I couldn’t at the time. I had to help myself first. So thank you for the important life lesson, Mr James.

And what happened later that night? When he lost the Best Song nomination, I did allow myself to crack a little smile. After all, I’m only human.