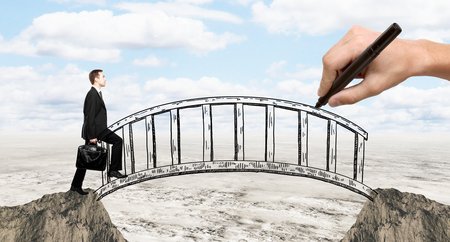 The day was a long one, and memorable for all the wrong reasons. In three separate meetings, as a leader, my client had yelled profanities and lost his patience in front of his team and workforce. The entire week he had been combative. As I didn’t know him well, I was in observation mode and began to worry about how to stop his tirades. They were creating ill will and frustration.

Two weeks before, we had met for the first time as client and coach. I could tell he was uneasy, yet he was willing to jump in and use the time to move his team’s performance forward, to be more successful, and to reach company objectives. He was excited, and measured, at the same time.

One of the questions I asked him was about his vision of his legacy, as he had been a leader for many years in major defense construction. He never hesitated: “ I want to be known and remembered as the man who championed the workforce and brought them together to work with leadership for a better workplace, and goals achieved together.”

One of a rare breed of managers, he spent most of his time on the shop floor with the workers instead of in his office, high above the construction area. His connection was legendary.

My gut told me somebody had to give him feedback, that he was on a slippery slope with losing control and patience three consecutive meetings. He couldn’t afford another tomorrow like today.

I called him on his phone “ Jack ..We need to talk. You said your door was always open. I’m coming up” “No you are not”. “Can you please give me 5 minutes in person?”. “Not going to happen”.

It was clear that I had to give him the feedback now. That is what my inner voice said. It was also clear that he was frustrated angry and not willing to engage. How could I get him to a safe place and diffuse the barrage of negative energy?

I thought quickly and gently pushed to not have him hang up. “Can you give me five minutes now on the phone?”

It then became clear as I paused and reflected about what I should say. I needed to go where he was, and to honor who he was. “Jack, what was the legacy that you want to leave the yard when you go?” “ I want to be known and remembered as the champion of the workforce and a leader who led from the trenches with them and met our goals as the best in the business”. Bingo.

Nervous on the inside, but with a calm clear voice… “After today’s three meetings, what do you think your legacy will be?”

Silence ……followed by a deep breath. Followed by a whispered expletive. I let it be, and let him be with that moment.

After 45 seconds that seemed like an hour, he said “I will call you back later” and he hung up. He never did call me back. And that was fine. I knew I had been heard.

The next morning, as I went into his office for our morning huddle, he reached out is hand and said” Thank you for talking me down off the ledge”. His famous smile and energy radiant as it should be.

He was even more committed to reaching his objectives. The first thing he did was apologize to each and every team member in group settings and individually throughout the following two days.

l learned some powerful lessons from Jack and his crisis :

By honoring Jack’s values, he was then able to process my feedback, to hear me, and it created a lifelong baseline of trust and candid communication between us.

I knew he had my back, and he knew I had his. The tirades stopped, and he went on to lead a very successful program with his workforce. Now retired, as he had wished, his legacy truly lives on.