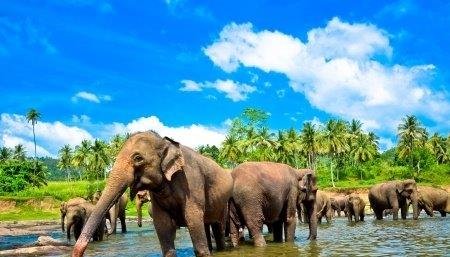 The young University student was weak and ill. Her body was filled with sores and swelling, her forehead hot ….The line at the village clinic was tremendous, and as she took her place, the humidity and heat bore down on her in heavy oppressiveness. She felt the nausea rising, and it all began to spin. How did she get here, in Sri Lanka with ethnic tensions rising, utterly alone?

As her eyes fluttered, she was looking at the ground and could see people’s feet. As she opened her eyes, the dust and dirt clinging to her lips, she knew she had fallen …slowly rising up, with what little strength was left, she realized that the line had not moved. She had been out for just a few minutes, but it seemed like hours.

That young woman was my sister.  I had lived in India 6 years before, and in many ways, I was my sister’s inspiration to go do a year abroad and give back while doing so. I had worked with Untouchables setting up legal aid clinics, and later represent women artists ensuring them a fair market for their work.

I came back weighing 110 pounds, so I knew the physical and emotional challenges my sister would face.    Like her, I had feelings I thought I would never have, like running in despair from the hideousness of the disease that is leprosy, or hoping that the beggars would give respite.  I knew she would face the same affronts to what she saw as a caring loving human being.

When she was over there, I was in a unique position to understand her and be there for her.  My intentions did not match my actions. I got too tied up in my world, and the noise of each day, of things that really didn’t matter.

When she came back, within five minutes she laid out what I had done.   By all intents and purposes, she should have died from the airborne infection that was ravishing her body.  And I had unintentionally abandoned her.

It was a wake-up call and a punch in the gut.  I buried my face in my hands, and was silent. What could I say? I had betrayed her trust, and more importantly her need to be supported in the most dangerous time of her life.

She let me sit for a long while and then began to talk softly…Here’s what she learned:

What she learned was to always be present for the things that matter, and carve out a little each day to focus on others, and give…Don’t let the important moments slip by for the sake of the daily grind and worry. She learned that humanity and the struggle for life brings out the best in people, and the worst in people.

My sister and I grew closer because of my foolishness.  When I was in India, I had 5 other students with me, and a graduate monitor. My sister faced death every day, and still found a way to keep her commitment to the people in the village, no matter what the odds. And after she continues to teach to this day, to help people grow and deepen their understanding. And for that reason she will always be my inspiration and hero.

Whether I am coaching, leading a workshop, or giving a keynote, the reminder is always there to be present. That’s how I can be the most effective at that moment.  Most importantly, it’s how I try to live. This is a great gift that she has given me.

They say the road to hell is paved with good intentions. For my sister and I, thankfully we both never arrived.