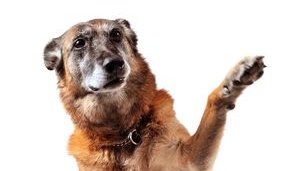 The crusty welding supervisor looked me up and down, and as he turned away, he let one fly, the spittle landing at my feet. “ No f’ing way are you going to coach me”. And he walked away.

Off to a flying start the first week at the shipyard. While his fellow supervisor and I stared at him incredulously, I fought my primal reaction, which was to scream loudly and say something very Scarface like:…You talking to me ?” Instead I turned to John smiled and said: “I have him right where I want him”. I knew I didn’t sound convincing, but I had to control my impulses and not back down.

The odds of me actually forming a coaching relationship and trust with a hard-nosed 30-year veteran who had a year until retirement were steep.

I knew instinctively that he was coming from fear, afraid I would mess up his last year of his working life with “soft people focused namby pamby mumbo jumbo”. I had some digging to do.

This is what I found out about Mark. His team loved him for his experience. He spent time with them on the boat while they worked their craft instead of in his office. He dropped F bombs all the time. He was a lone wolf. He had survived by being a hard ass. Technically he was a great welder. Lousy communicator around performance and activity focused. Shocking, I know.

I decided not to ask permission but showed up to his morning team meeting. “Who invited you?” he grumpily demanded when I strolled into his work area. “Your team told me you ran a great meeting, and I came to see how you do it”. Resigned, as his team was present, he let me stay to the side. What I saw was a natural leader who needed some help talking about performance in a clear way.

Afterwards, I congratulated him on a wonderful meeting. I asked him about his team and what he thought they excelled at and could improve on. “Can I help you make it even better?” Knowing that he struggled with the numbers, I offered to set up a graph for him in Excel that would be self-calculating. All he needed to do was plug in the numbers. Wait for it….

He reluctantly agreed and came to appreciate the help. For the next year, I would swing by his meetings, and he would ask for feedback on how he was doing.

I know you would like to read that he and I became great friends, ate donuts together during coffee break (he the sprinkles and I the iced cake), and he decided to extend his retirement for 2 more years. If that was the case, I would have to ask why are there no animated bluebirds flying around my head singing Disney tunes?

I did work with Mark for that year. He used his graphs diligently, and became a better leader. When he retired he didn’t mention me in his thank you’s. He never apologized.

Why did it work? We found a common if not small space that worked for both if us. He had changed and had grown even though he would never admit it. Most importantly we had each other’s respect. I am as proud of that achievement as the bigger more visible wins for the shipyard.

And that’s nothing to spit at.