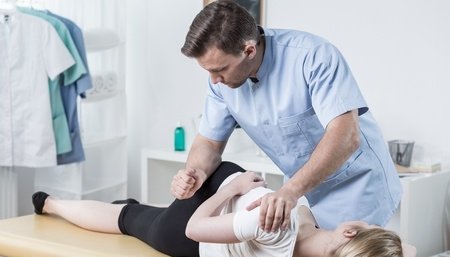 Brenda (name changed due to confidentiality) knew she had to do something. Her team’s performance had created severe risk.

A key driver for lackluster results was misalignment with her senior staff and a large work force. By the time her clear messages about performance expectations seeped through the layers of management (including the Paleozoic and Mesozoic), the message had changed and been diluted.

Two issues: The message of “what can we do to get back on track and succeed” was being sabotaged unintentionally by deep dives on failure by her senior team, or FMP (Failure Mode Paralysis).

The second impact was that the front line was being given an excuse by middle management as victims to shrug their shoulders and say “oh well, shipbuilding is a tough business”

As we discussed the current state of affairs, her keen instincts told her some bold moves were needed. She decided on a three pronged attack: Clear accountability, front line engagement and visibility, and a change in performance culture. The connection between her leadership and driving the right organizational behaviors was clear.

Step 1:  With her senior team, she chose to publically call them out. It wasn’t planned per se, but she told me that when the right moment arose, she would jump in.

At a weekly review of metrics, everyone began to talk about why they failed again in great detail. People were moving due dates without any action plans as to how to recover and get back on track. They were resigned and whinier than a Woody Allen monologue.

Channeling her inner Nikita Khrushchev, she pounded the table without her shoe, and said “Enough! I don’t care how we got here. What are we going to do to get there (pointing to the target)? I don’t want to hear another “why” again. I want a plan forward. Period. ”

She stopped them dead in their tracks with a significant emotional event at a meeting. Personal foul. Unnecessary sniveling. Brenda made it clear that mediocrity would not be acceptable any more.

Step 2:  She also became one of the first executives to go down to the shop floor, and actually spend meaningful time regularly with technicians/craftsmen on front line crews vs. showboating.

Here’s how she did it. Every month she selected a trade and job, and joined that team, crawling and moving around the boat while watching the work order being executed. It not only increased her knowledge of the work, but engaged the whole work force. There is nothing they wouldn’t do for her afterward. This was not Management by Walking Around. This was Management by Crawling Around and Doing.

Step 3:  To change the performance culture, crews took charge of managing their own performance. She popped in unannounced on these weekly crew meetings and boardwalks that we had set up, and participated fully as team member. It provided her and her managers an easy and regular interface point with the front line.

The result? A strong aligned backbone for achievement. Their performance accelerated, and the program moved to a high performing organization and culture. Their client rewarded them with more work.

Now breathe in deeply while I cradle your head, whip it around, and crack your neck……